Coronavirus (COVID-19) latest information and advice. Book an appointment at the Town Hall.

The new Mayor of Crawley is Councillor Francis Guidera.

Cllr Guidera was first elected to represent Tilgate ward in 2015 and was re-elected in 2019. He was born at Crawley Hospital in 1975 and attended St Francis primary, Notre Dame middle and St Wilfrid’s secondary schools.

He worked as a residential volunteer for HCPT in Lourdes, France on leaving St Wilfrid’s School and has been involved in many charities and fundraising efforts ever since. He served on the PTA for St Francis School for several years and has organised and helped with many charity fundraisers in Crawley over the years.

Cllr Guidera previously worked for DEBRA, a charity with a fundraising shop in Crawley that raises money to help those with the life-limiting genetic condition E.B., and now works at Crawley Open House as a support worker.

He has been a leading musician in the Crawley Catholic parish for decades, known by many for his guitar playing. He is married to Andrea and they have four children; two sons with special educational needs and two daughters.

Manor Green College is a dynamic and inspirational West Sussex secondary school for students between the ages of 11-19 who experience a wide range of learning difficulties. The college actively promotes strong personal and community values helping students to live happy, productive and successful lives.

Words cannot express how proud I am to be made Mayor of Crawley. This is my home. I was born here. Crawley is great! We continue to grow in population and yet Crawley still feels like a community and not many towns can claim that. I look forward to working with all councillors Conservative, Labour and independent along with our MP, raising vital funds for Manor Green School and College, and championing this town as the premier business district in the south east. We have the convenience of Gatwick on our doorstep, many premium hotels, the best leisure facility in the area, a multi-million-pound redeveloped town centre, a fabulous shopping mall, a soon-to-be revamped Three Bridges Station with direct links to London, Gatwick and Brighton, our stunning outdoor spaces like Tilgate Park and Worth Park, over 1,000 years of history in Crawley High Street, at one end the ancient St John’s Church and at the other end the ancient building that houses our new Crawley Museum, history celebrated each year with the Veteran Car Rally. We must do as much as we can to make both UK and global business aware of the benefits of being here, encourage more job growth, protect the jobs we have and create opportunities for our children. Crawley literally has it all and we don’t shout about it enough. Our town’s motto is “I Grow and I Rejoice.” Well, we’re definitely growing so as we’ve got that bit covered it’s time to start doing a lot more rejoicing! 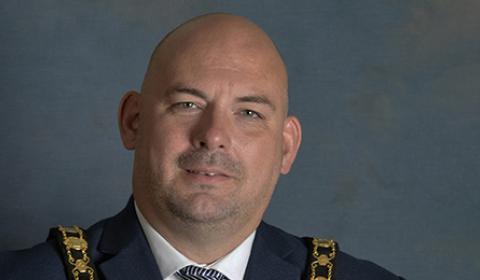