The new Mayor of Crawley is Councillor Shahzad Abbas Malik.

Councillor Malik was elected Mayor at the Annual Crawley Borough Council meeting on Friday 28 May. He has been Deputy Mayor since May 2019.

Councillor Malik was first elected to represent Langley Green ward in 2018 and was re-elected in Langley Green and Tushmore ward in 2019. He was born in Chakwal, Pakistan and attended Crawley College.

He works as a taxi driver in Crawley.

I am truly humbled and honoured to have been elected as the Mayor of Crawley. I don’t know if I will ever be able to pay Crawley back but I can assure you that I shall try to serve Crawley to the best of my abilities with compassion and devotion, and play my role in making Crawley an even better place to live. In the end, my heartfelt thanks to the one and only, ‘My Beloved Crawley’. 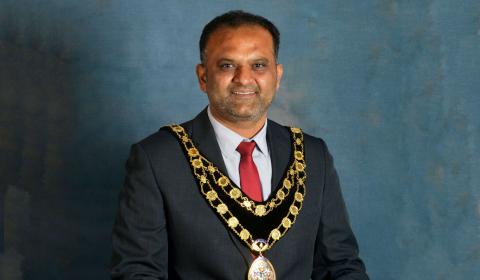