He had been an ardent fundraiser and supporter of Manor Green for many years and the college was his chosen charity while he was Mayor of Crawley in 2019/20.

Following his death, Raj’s family very kindly raised £2,000 in his memory which was donated to Manor Green College.

The college welcomed Bhavna, Raj’s wife, and his daughter and granddaughters earlier this year to present the cheque to Tom Smith, Headteacher and John Drury, Chair of Governors.

The funds will go towards the redevelopment of the Sensory Garden, a joint project with Manor Green Primary. 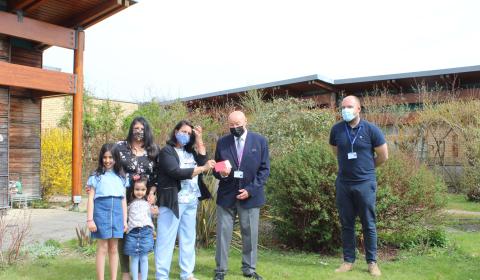