For cost of living support, visit our help with money worries page

Payment system essential maintenance: our telephone and online payment systems will be unavailable on 11 December from 6 to 10am

From: Business and economy

The cost of living crisis means that it’s more important than ever that employers pay the Living Wage, says Crawley Borough Council.

The council is marking Living Wage Week by highlighting the importance of paying staff at least the national Living Wage of £10.90 per hour, an independently calculated rate of pay based on the real cost of living which applies to all workers over the age of 18.

The council has paid its employees the Living Wage since 2014. More than 130 local authorities across the UK are signed up to the scheme but the council is the only local authority in West Sussex to do so.

According to the Living Wage Foundation:

We’re proud to be a Living Wage employer and that we were one of the first local authorities to join the scheme. The Living Wage makes a difference to employees who receive it and to employers who pay it, through enhanced reputation and happier staff. I encourage more Crawley businesses to make the move to becoming accredited. 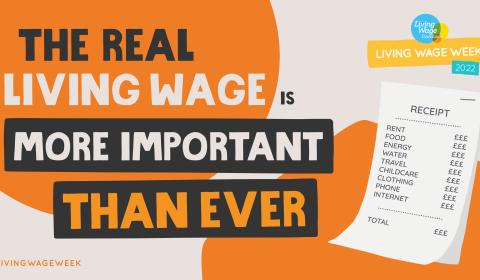