Sally was first elected to Crawley Borough Council in 1983 and represented the Gossops Green ward until 1991. She was re-elected in 2002 for Pound Hill North.

Sally was mayor in 2006/7 and 2007/8. She was the first Conservative mayor and only the second mayor to serve two consecutive terms of office.

Sally Blake's grandfather moved to Crawley in the 1890s, and she had lived in Crawley since the start of the second world war.

She was a former trustee of the Courage Dyer Recreational Trust.

Our thoughts are with Sally’s family at this sad time. 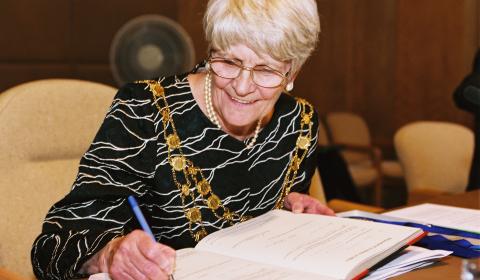